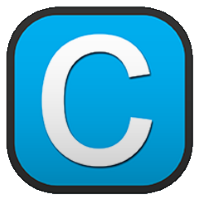 Welcome to the Cemu Wiki!

The official knowledge base for the Cemu Emulator

To find information use the search box on the top right corner of the screen, or categorically browse the wiki using the Documentation topic links provided below.

Cemu Compatibility (Results may be out of date) Motion controller setup

Wondering about the state of the Linux port? We posted an update here.

Hotfix 1.27.0b: Refresh button in title manager now works correctly. Fixed an issue where WUA conversion would add extra bytes to the last file. Fixed potential crash with H264 decoder. Starting with this version Cemu will also support auto-updating from one experimental version to any newer one, if available. If you are on 1.27.0 you still have to manually update to 1.27.0b once

Anyone is welcome to edit or create pages on this wiki.

Please note: For general Cemu support, please join the Discord server instead. General support is not provided via the wiki.

Please make sure, when creating a new game page, to use the Game template and read up on all of the Infobox documentation to make sure you're doing everything right.