If it helps anyone thats interested in playing Pokken Tournament I've tried to make a note of the playable levels, those that don't glitch out when loaded which currently is on 7/20 levels. So right now only select those highlighted in green.. 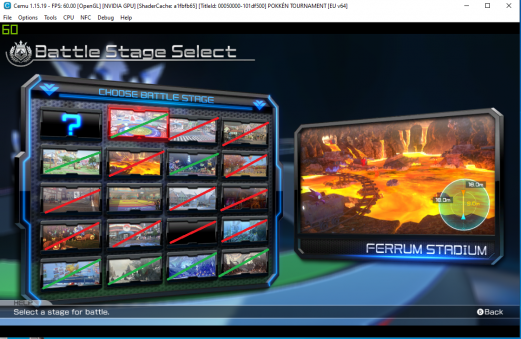